Today I present you a new salsa song about nature and love!
Our artist of the week is Frank Veliz, a Cuban singer living in Madrid.

Frank Veliz was born in the city of Encrucijada in the province of Santa Clara in Cuba on February 6th 1983.
His father destined him to be a singer, and Frank gladly accepted.
He graduated from the EVA Olga Alonso art academy, then going to the national academy of arts, and later the Santa Clara de Cuba music school, achieving graduation there as a pianist and a singer. 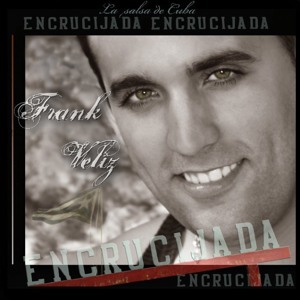 Frank has been performing with various groups all over the Santa Clara province, and later all of central Cuba, singing, playing a writing & composing titles of his own quite a lot.
At 17 Frank traveled to Spain, and performed with various great artists and orchestras that visited the country at the time, such as Celia Cruz, El Gran Combo and Oscar De Leon.
Becoming successful and well known in European musical circles, Frank decided to stay in Spain.
Later, Frank worked with several artists in the Dominican Republic, and became one of the lead singers of the band DLG.

In 2009 Frank released his 1st CD, named “Encrucijada“, after his home town.
The song I present you here is a typical example of Frank’s music; romantic in sound and lyrics, it also retains love of the Cuban homeland and culture, glorifying both the beauty of the people and of nature with a passionate yet energetic rhythmic drive.