Good day dear readers.
Today I wish to present you an interesting Cuban artist which currently lives in Spain.

Chan Junior, known as “el boom de la salsa Cubana”, started his musical career as a vocalist in an early age during the 1970’s.
After finishing his studies at the Ignacio Cervantes musical school, Chan sang eith various orchestras and bands in Cuba in various venues and concerts. 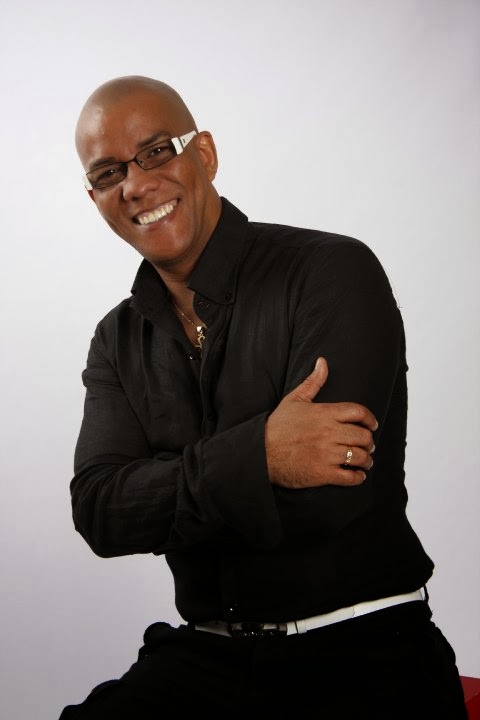 In 1993, in Habana, Chan formed his own orchestra “Chan Junior y su Orquesta”, which performed all over Cuba, appeared on radio and TV shows, and later that year, toured the Caribbean and Latin America, with a gran finale concert at Cancun, Mexico, together with such renowned artists as Celia Cruz, Tata Guines and Oscar De Leon.

In 1996 the band was invited to attend various events in Italy,  touring the whole country, appearing at such events as the “miss Italy 1997”, and giving concerts at the Bari stadium.
In late 1997 the band moved to Spain, and started collaborating with the “Chanson Records” recording company, with whom they still work today.

The latest album of Chan Junior y su Orquesta is “Mi Homenajo a Los Grandes”, a tribute album to the classics of Cuban (and other Latin) music, which was recorded at the USA (Sony), with many songs becoming “hits” at the states, in Puertorico and in Spain.

This song “Tu Movimiento al Caminar”, is from that same album, and currently has an official video clip, containing the song and some dancing as well!
Entonces, como siempre… disfruten!

You know, as much as one might be proficient in some field of interest, you can never “know it all”;
Even considering the fact that I have been collecting Cuban music for over 8.5 years at the moment, there are times when you discover (or maybe, re-discover) something you were not familiar with, and in some unexpected circumstances.

For me, this is the case with the wonderful “Leccion De Amor” by Adalberto Alvarez, from the album “Mi Linda Habanera” which came out in 2005.

Although I have the album, I was surprised not to recognize this song when I heard it in a Salsa lesson the other day.

I find the song to be very nice and well arranged, and can definitely recommend you to get your hands on the album!

Today I like to present you a very nice Timba by Pupy y LQSS, from Pupy’s latest album – Sin Limite which came out earlier this year.

This song is called “Para Que”, which means “for that” or “in order to”, and has a phrase in the coro which I specifically like quite much: “para que buscarte lógica en este mundo si el mundo esta loco, loco…” and means “for that you keep looking for logic in the world, even if the worlds seems to be quite crazy”, which basically means never give up, even when things seem dire and crazy.
Now that’s a song with a strong message!

So, here it is; Disfruten!

Today I present you a great song with a strong message.

During his early career, before forming his own band, the wonderful singer Paulito FG was the lead singer of the great Dan Den .

This rhythmic and interesting song is all about the dangers of smoking – the coro goes like this “no te llenes de humo, que se te va la vida”; Don’t fill yourself with smoke, because it makes life go away.

This song reflects a trend in Cuban healthcare which dates back to 1986, when Fidel himself publicly quit smoking and became a role model for this.
At that time Cuba launched a big anti smoking campaign, which was renewed in 1990.

So remember – smoking kills!
Quit while you can…

The only version I found of this song available online is a live version from a concert.
Like most live versions, it’s amazing and quite varied, filled with lots of improvisation, including a part where Paulito goes to the crowd, looks for smokers and tells them to leave that cigar alone!

It’s quite interesting, with great vocals and playing together with a nice variety of various musical elements.

I liked it, and hope you will like it as well.