Good day all.
Today I have a special present for you anamtes de la musica Cubana!

Last week we got to know the always original and innovative Bamboleo:

And in May, we familiarized ourselves with the great band Manolito Simonet founded in 1995:

So, today we shall see a union of both groups on the same stage!

It was a sort of “competition” between these 2 giants, but only in the good sense of who can deliver the best stuff to the crowd.

Enjoy it; I sure did!

This band has quite an interesting story, a very flexible arrangement, and a very distinguishable and unique groove.

The band’s leader (and pianist) Lazarito Valdez, comes from a long line of Cuban Son and jazz musicians, going back over a century.
Lazarito started his musical career at 16, becoming the keyboard player for Pachito Alonso y Su Kini Kini, with whom he traveled several continents on tours during the early 90’s.
In 1995 Lazarito made his mind about forming a band of his own, aiming to top the charts of various musical styles, from folkloric and traditional Cuban music, to sizzling jazz.
The group appeared on the show “Mi Salsa”, which was a show dedicated to finding new musical talents and promoting them, and won the “revelation orchestra” nomination, being declared the revelation of the year in Cuban music. 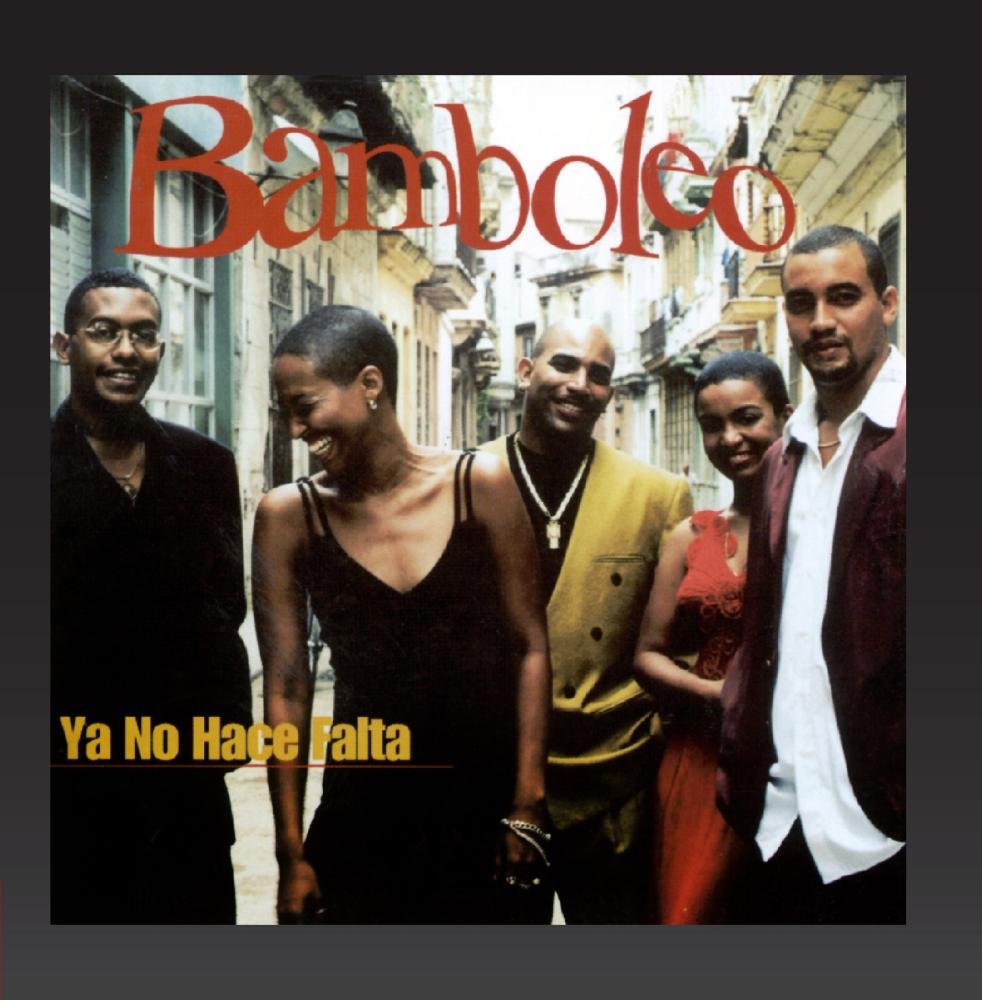 The group released their 1st album, “Te Gusto O Te Caigo Bien” in 1996.
It was an immediate success, and Bamboleo skyrocketed to the top of the charts.
It featured the talented Haila and Vania taking the vocals, with several members of Paulito FG’s band, Charanga Habanera, and even (the now quite famous) Alexander Abreu, playing various instruments.

The 2nd album released by the band, “Yo No Me Perezco a Nadie”, is considered to be a masterpiece by many experts and fans alike; many of the songs were written by Lionel Limonta, a talented composer and song writer who will later, in 1998, form the wonderful Azucar Negra with some other ex-Bamboleo members.
Songs from this album, for example, the title track, became Timba classics.

In 1999, after the departure of several key members from the band, there have been some changes to the structure and arrangement, which were meant to deal with the loses in personnel.
The most important of these was the idea of using 2 separate percussionist for timbales and the drum set, creating one of the most diverse percussion sections in the history of Timba.
New personnel from NG la Banda and Charanga Habanera were invited, and the album became a must for every Timba fan to have.

During the early 2000’s Bamboleo released several promo tracks and live records, but almost no complete CDs.
The next CD released was “Quimica De Amor”, which was a smaller release that went unnoticed by most, although it has some nice tracks on it.

In 2006 Bamboleo released yet another major heat & hit packed album – Mi Verdad.
Many songs from this album can be heard during live concerts today, mostly by fan request.
“La Cupla” alone makes the CD worth buying, if you ask me!
This album also features Bamboleo’s new and very talented singer Tania Pantoja, and violinist (and coro composer) Yosvany Valdez, which are a very powerful combo together.

Interestingly, 2006 was a very fruitful year for the band; the next album “Todo Lo Bonito”, was released only 6 weeks after Mi Verdad!
This truly shows the great creative streak which Bamboleo has been famous for practically since the day it was born.
The title track is definitely worth checking out.

The following album, “Quien Manda”, came out in 2010.
This album is also known as “Vengo a Lo Cubano” and sold under this name in some parts of the world.
There is a little anecdote hidden in the CD; the name of the disc is a question – quein manda?
The last track on the disc is the answer – La que manda (soy yo) !

Currently, the band released a very interesting CD – Todo Lo Que Soy, which came out last year (2012).
It features past members of the group, and also some guests musicians from Klimax and Pupy y Los Que Son Son.
8 of the 11 tracks on the CD were written by Lazarito’s son, Lazaro Jr., which is coming of as a talented song writer, which will surely become a leading figure in the band during the years to come.

The song I choose to present in this post is called Se Le Fue La Mano, which appeared on Ya No Hace Falta, from 1999, and is one of my all time favorites of this band’s work.

Good day to all fans of great Cuban music!

1st, I would like to apologize for being a tad late; been really busy last weekend with many things, one of which is registering people to a local salsa event, due to August 29-31 2013, which hosts Maykel Fonts, Yanek Revilla and Karelia Despagine…

So, to repay for me being late, here is a 35 minute excerpt from a Tirso Duarte concert in Cali from 2012!

Today I would love to recommend you another song from the fine album “Luchare!” of Tirso Duarte y La Mecanica Loca, which operate at France.

For some reason, many DJs ignore 9 of the fine songs on this CD, and keep playing “a lo loco titi” to death; even that this song is just fine, and is as good as all other songs on this album, I’m getting a bit tired of it, and that is because it has been played by many DJs night in – night out, practically since the day the album was released. 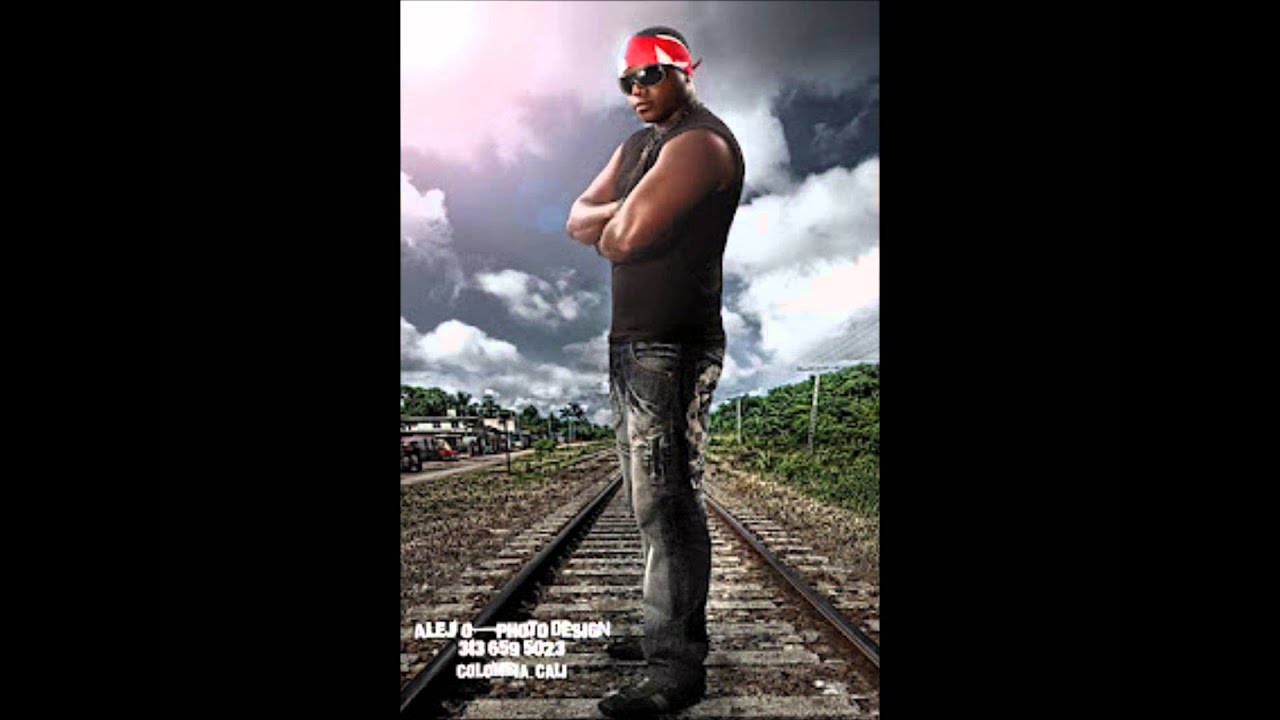 So to all DJs reading this post, do take note of such behavior and avoid it; even the very best songs lose their charm when overplayed.