Good day dear readers, listeners and blog followers!
Today we shall be enjoying a very nice cover version to a Timba classic.

When asking readers of Timba.com to name several memorable Timba compositions many included “el protagonista”, also known as “se le fue la mano” in their answer, and rightfully so;
This great composition, by Bamboleo, comes from “la epoca del oro”, the golden age of Timba, being the mid 1990’s to early 2000’s, a time when this band (and many others) were in their element 24/7, and produced an incredible harvest of great Timba for us fans to enjoy.

This song comes from the amazing 1999 album “ya no hace falta”, and today is presented in the 2005 cover version by a band called Junito y su Secreto a Voces, from their 8 track and highly varied album “bailalo…” .
The lead vocal is by the wonderful Betsy Lopez, and the band is a personal project of Julio Albino, a timbalero who in the past worked with Lalo Rodriguez, Grupo Niche and Frankie Ruiz among others.

So, while definitely not a mighty beast like the original, this cover is quite decent, fun, finely arranged and well executed…

So, here it is… ¡Disfrutala!

For those who haven’t noticed, Maykel Blanco y su Salsa Mayor will be performing in Europe (and Asia minor) this fall. 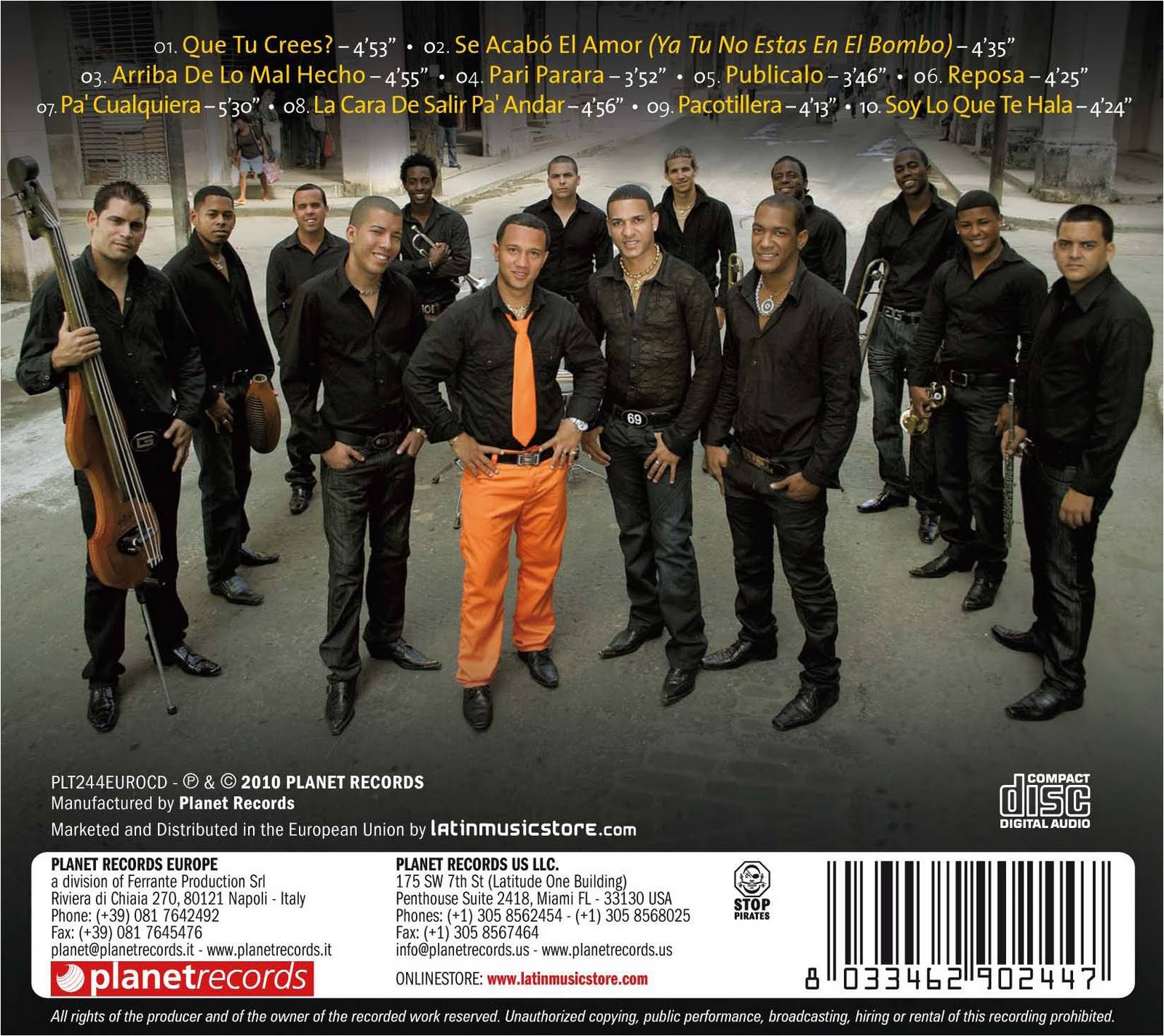 So today I’m sharing with you one yet another of my favorite compositions by this artist, as it has been a while since I shared any of his wonderful Timba here 😉

The song is called “Eso Que Es”, and is from the amazing 2010 Timba album “Soy Lo Que Te Hala”.
This composition is a rapidly developing “energy bomb” which offers a set of interesting moments right from the start, and keeps rolling forwards for another 4 whole minutes with not a second of boredom…

Today we will be enjoying a new song by one of my favorite artists, who’s one of many (many… many…) compositions was the first one to appear on my blog.

This is a new romantic Timba by Adalberto Alvarez !

It is called “Para darte Amor”, and you can hear it right now, straight from Cuban TV.

Today, after a 2 week break, the blog returns from Moscow, with lot’s of great memories and some new songs to present.

During my stay in Moscow I had the opportunity to visit many of the city’s wonderful salsa venues, but the most memorable and enjoyable of all was the open air party under the Andreyevskiy bridge, on the banks of the Moskva river.
The 2nd half of the party was dedicated to el dia de la revolucion (July 26th), and so it was packed full not only with great dancers but also wonderful Cuban music, lots of Son, Son Montuno and Timba… One of the best dances I had during my stay (at this party or otherwise) was on a beautiful Son Montuno composition (which I shall present here today, in a few brief moments…), with a gracious young lady that although claimed to have never danced Son \ Casino a contra-tiempo before, proceeded to dance wonderfully, with great following skills, body motion, a clear & distinct understanding of the rhythm and even with that special spark in her eyes and a smile from ear to ear smudged all over her face 🙂

The beautiful composition being played at those moments was the one I shall share here today – Palo Santo, interpreted by the band Asere.

The composition itself is a decent salsa composition from the 1980’s, by Puertorican Henry Fiol, which kind of went under the radar, as except the nice, eco friendly, lyrics there isn’t much to it.

But grupo Asere has completely remade the composition into a classic Son Montuno with very strong ties to Son, it’s original genre. Asere is a septeto (7 member band) from La Habana, which came together during the late 1990’s, following the success of Buena Vista Social Club and the rise of interest towards Son music.
The band based it’s format on Son and other genres of traditional Cuban music and released it’s 1st album, Cuban Soul, in 1998.
Since then the band has expanded it’s repertoire to Timba as well as the traditional genres, toured Europe and the Americas, and released 3 more albums, being Yo Soy el Son (2000), Destinos (2005) and the latest one, to which this composition belongs – Junio Groove from 2010.

So, here is the masterpiece…
¡Disfruten!