Today I gladly present you a wonderful masterpiece by none other than the great Los Van Van!
Formed in 1969 by the great Juan Formell, Cesar “Pupy” Pedroso and Jose Luis Quitana “Changuito” among others, the band was to become one of the most influential in Cuba (and even beyond its borders), and will keep creating ’till this day. 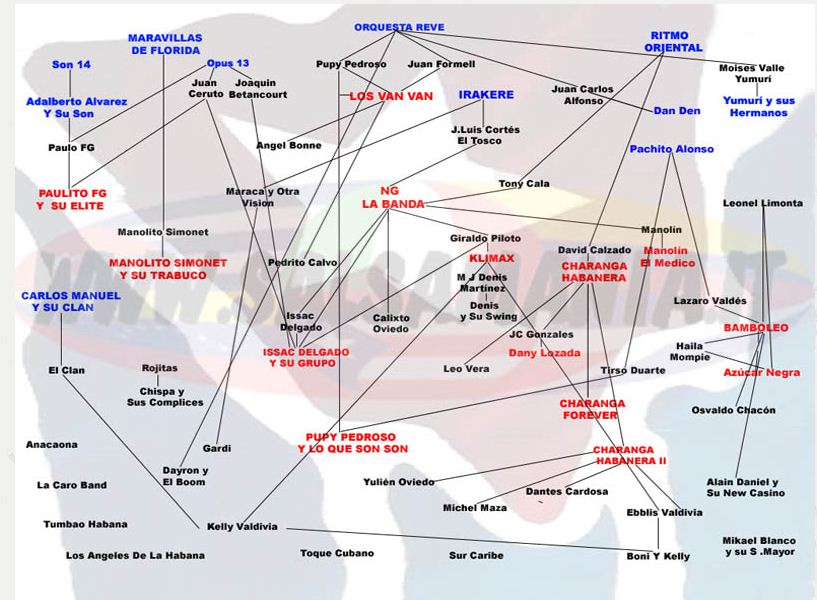 When Timba came to be during the mid to late 1980’s, it was a direct continuation of Songo in many ways;
Afro Cuban elements were used in Songo at times, but in Timba became very much the centre of attention, improvised percussion sets were replaced by “modern” drum kits, melodic bass lines and complex chord progressions became the standard for most bands, trombones were “buffed up” by trumpets and other horns, and the improvised bridges became the well known (and much loved) “guias \ gears” so characteristic of Timba music.

So, it is safe to say that without Los Van Van and their Majestic Songo from the 1970’s, there would be no Timba in the 1990’s!

The song I present today is the title song of basically the last “pure Songo” album, “Aqui el Que Baila Gana”, which came out in 1990.
Van Van’s next album, “Azucar”, from 1993 is already very much a transitional stage between Songo and Tibma, containing compositions which belong to both genres… in 1996 and 1997, with “Ay dios, Amparame!”, and certainly with “Esto te Pone la Cabeza Mala”, the band was already fully immersed in the golden age on Timba…

So, here it is, from a live concert in Cali

And also the album \ studio version:

Today we shall be joining the amazing Orquesta Reve in celebrating it’s 60th (!!!) birthday with one of the most well known and well loved songs in the history of modern Cuban music!

As you probably know already, Orquesta Reve is one of the most important (if not the single most important) musical groups in the history of contemporary Cuban music, maybe second only to the genius Arsenio Rodriguez, who revolutionized the music some 20 year prior to the Orchestra’s creation.

Orquesta Reve is called “La Aplanadora de Cuba” for a good reason;
Many of the most influential Cuban musicians came from its ranks, including Juan Formell, Cesar “pupy” Pedroso, Juan Carlos Alfonso, just to name a few, and the band just keeps getting new talents each time, not any less talented than those who left.

The band was founded in 1956 (!!!) and led by Elio Reve up until his tragic death in 1997, when he was succeeded by his son, Elio Reve Jr., nicknamed Elito, who’s been leading the band to ever new heights ever since.
The song for today is one of the most famous salsa compositions ever – Mi Salsa Tiene Sandunga, and is performed by today’s Orquesta Reve, with some guest appearances by past members from Cuba’s best bands!

So, here is the great masterpiece;
Disfruten!

Last night, while driving home from a wonderful Cuban party, I was listening to Cuban music on my car’s CD player radio device (as I always do).

The first song that came up was the song I gladly present you today, by the wonderful Havana de Primera. 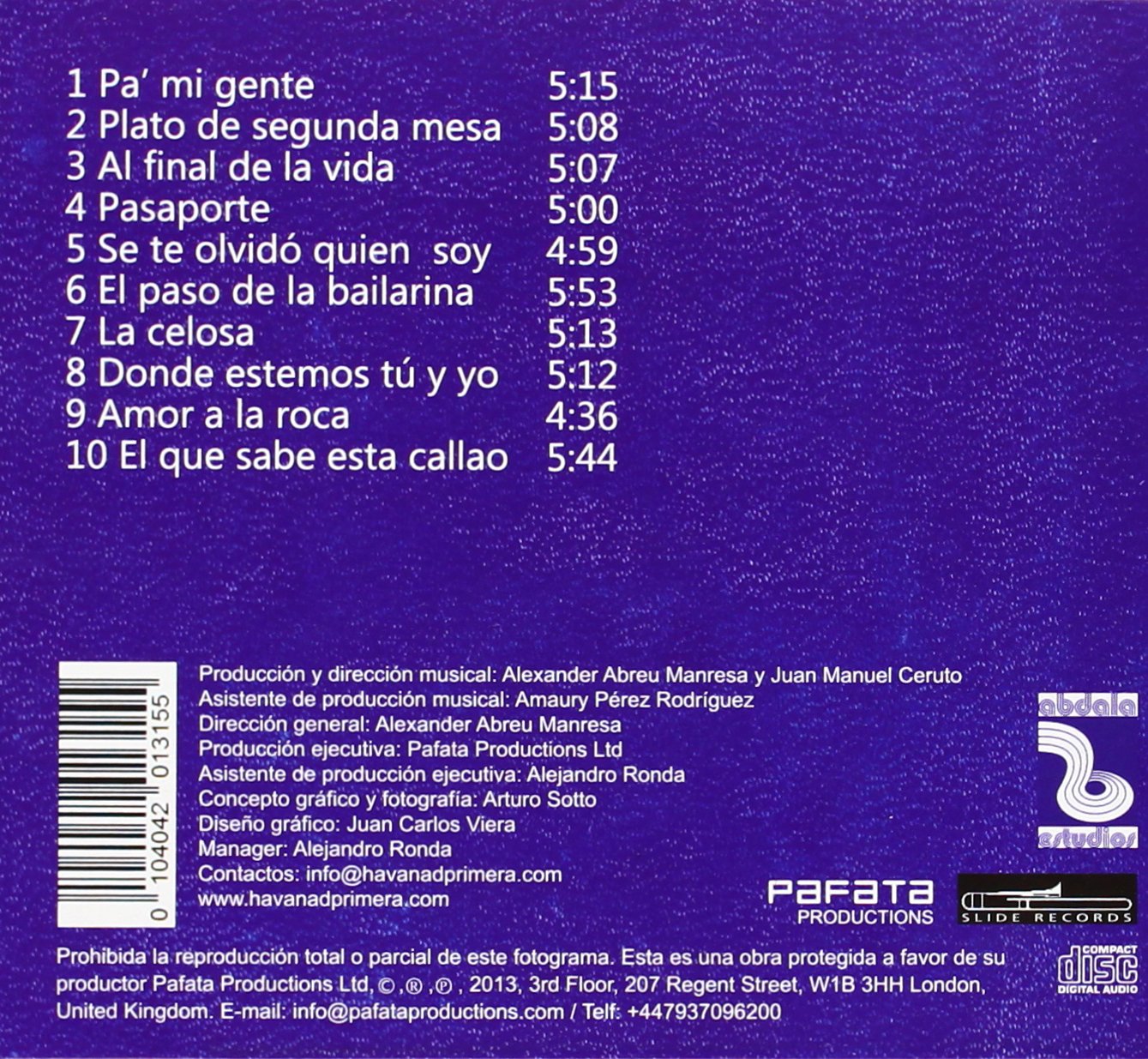 The songs is the 2nd one from the list above, which is the back side of the disc box for “Pasaporte”, the 2nd album of Alexander Abreu’s amazing band.

This song implements a very interesting technique, which is not uncommon in contemporary Cuban music.
It starts as a slower paced romantic, Son like, composition, but unlike most “salsa romantica” made outside of Cuba, which is often a complete (and often commercialized, westernized pop sung in Spanish…) bore, it quickly develops into an energetic, hard hitting, Timba, full of Cuban roots, high energy levels and improvisation.
That’s much more like it!

P.S:
This is a live version:

And here’s the studio version:

Today I bring you another wonderful song performed live by the Pedrito Martinez Group, a unique and very talented band with an interesting backstory. The band is performing a wonderful Timba classic from the repertoire of the great Pachito Alonso, which many of you probably know and love.

So, here it is, full of great rhythm, melody and solo parts, as always 🙂
Disfruten!