Greeting to you, my precious readers, wherever you are 🙂

Today I wish us to continue and get familiar with the band we recalled last week, Orquesta Reve.
I would like to share with you an hour and a half of great music; a live concert of the wonderful orchestra, featuring some of their finest material!

So without further ado, here it is.
Disfruten!

A few days ago the wonderful Orquesta Reve released a nice promo song for their new album (which will hopefully get released soon…), La Aplanadora De Cuba.

The song is great, has a nice and colourful clip and interesting lyrics which exemplify (in a way…) some of the social changes that have been going on in Cuba in recent years, or even since the start of the Timba era, actually.

So, here is the clip!
Disfruten…

This weekend I’m off to a salsa weekend (we even have Jorje Camaguey as a guest instructor), so the post comes a tad early…

Recently there was a very interesting and lengthy discussion among several salsa acquaintances of mine about what is and what is not salsa dancing, and if it can be summarized in some sort of a “set of guidelines”.

Accepting it as a personal challenge, here are the results; I hereby present you with the 10 basic principles of salsa dancing!

Greetings to all of my readers.

This week I bring you a very sad piece of news; a few days ago, on February 5th 2014, after suffering for a long while from cardiovascular and respiratory problems, Rafael Labarrera Montero passed away from respiratory insuficiency at Lima’s 2 de mayo hospital, Lima, Peru. 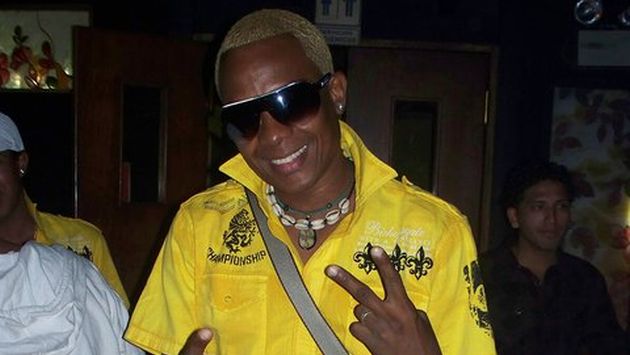 Sharing his father’s musical talent, Rafael decided to become a singer rather than a percussionist.

Over the years Rafael sang with Original De Manzanillo, Bamboleo, Orquesta Mayimbe and a number of other bands (such as chispa y los complices).

After the grand conflict which happened at Orquesta Mayimbe (link here) during 2012 \ 2013, Rafael was among the ones to leave the band, forming another band by the name “Rafael Labarrera y Su Mayimbe”, but was later forced to drop the name after legal action taken against him by Barbaro Fines.

The song which IMO represents Rafael best is “La Fiera”, which matches quite well his free spirited, and often outrageous, life style.

Also, it demonstrates Rafael’s vocal abilities to their fullest.

Good day folks!
Unfortunately, due to college exams I did not have sufficient time to do proper research during last week, thus delaying the publishing of this post.

Today I like to present you a very nice Afro Cuban percussionist from Venezuela.

Gerardo Rosales was born in Caracas, Venezuela, on July 6th 1964; He started studying piano at the age of 8, but was much more interested in playing the Congas and Bongos.
The dream came true when at 13 years of age (at 1977) Gerardo met Orlando Poleo, who suggested that Gerardo starts attending the Taller Del Arte in Caracas, studying Afro Cuban percussion; Gerardo did just that, studying Congas and Bongos playing with Poleo, Timbales under the guidance of Alberto Borregales, and later Venezuelan traditional percussion with Alexander Livinali, completing his formal education in 1985.

After finishing his formal studies, Gerardo started playing for various Afro Cuba, Jazz and Pop bands, including Maria Rivals, Alberto Naranjo, el Trabuco Venezolano and many others.
In 1992 Gerardo participated at the expo Sevilla in Spain with the “Caracas Son 7” band, more or less launching his international career; Gerardo recorded his 1st CD titled “Gerardo y su Salsa Pa’lante”, which became quite popular in Europe.

After that, in 1995, Gerardo participated in the “Bebo Rides Again” project of legendary Cuban pianist Bebo Valdez, together with Paquito De Rivera.
Starting 1996 Gerardo settled in Amsterdam, and went to perform and record all over Europe and many other locations worldwide, including Cuba, Venezuela, Colombia, and various places in Asia and north America.

Since that time Gerardo participated in many musical productions, releasing over a dozen CDs with various artists, including Son 14, Los Van Van, Adalberto Santiago, Jose Alberto “el canario”, Herman Olivera, Oscar De Leon and others.
The latest CD came out not such a long time ago, and is titled “Siguelo”, by Gerardo Rosales y el Combo Mundial.
Also, Gerardo’s music was used in several films, some even getting Oscar nominations.

The song I present you today, “Gira y Gira”, is a very nice Son Montuno from the “30 Aniversario” album, released in 2011.