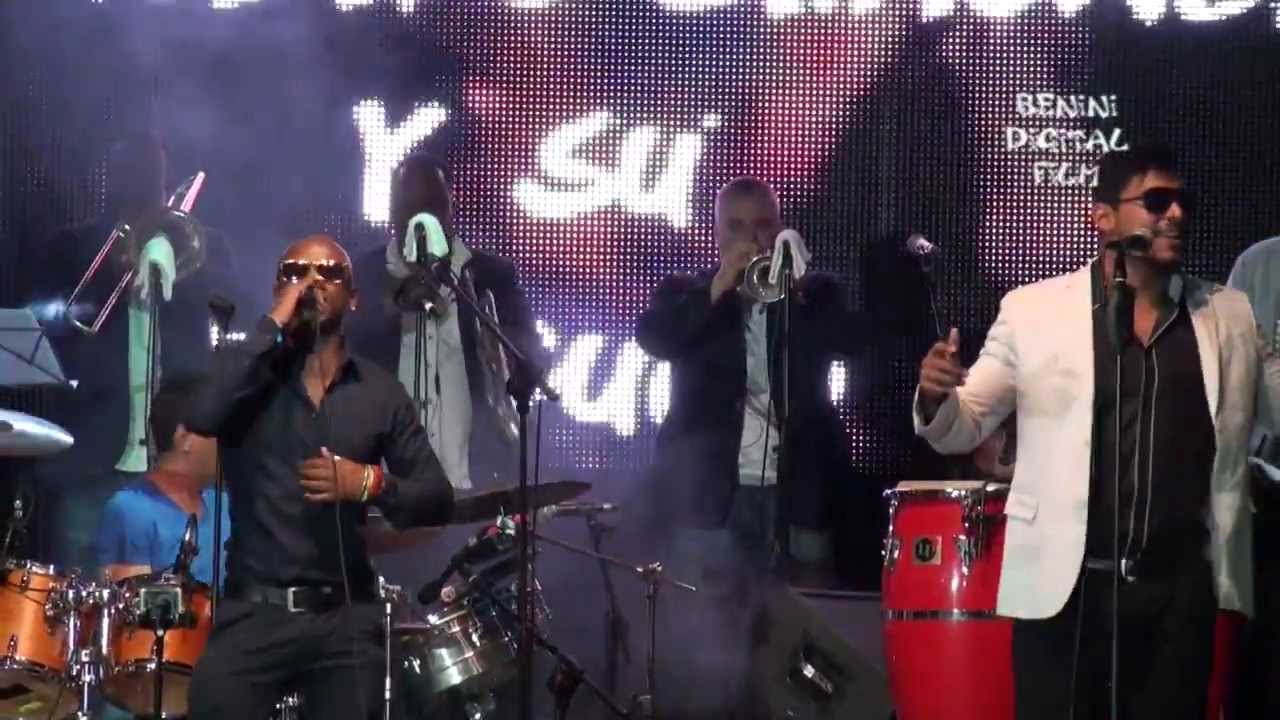 The song is quite smooth, slow and groovy, while still packing quite a punch and 5 minutes and 41 seconds of fun.

Hope that you shall all have a nice, suave weekend, just like this fine composition!

The band released one album, “a Mi Yemaya”, in 1997, and has released several singles since then.
As we can hear in the composition presented here today, Coto and his band are very will adapt in making Timba with the influence of Changui.

Like some other great bands such as Elio Reve and Su Charangon or La Charanga Habanera, Paulito FG is a major figure in the history of modern Cuban music, and just like those other bands, had 3 “breakthrough” albums which skyrocketed him to the top places in the music charts.
In the case of Paulito, these are the 1993 “Tu No Me Calculas”, the 1996 “El Bueno Soy Yo” and the 1997 “Con La Conciencia Tranquila”, which is considered one of the best Timba albums of all time, and rightfully so.
Paulito has a rather less well known album which is as much genius as the other listed – the 1995 “Sofocandote”, which has a few pretty well known hits in it, such as “Ina“. 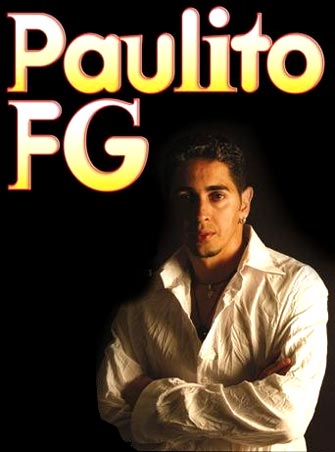 Anyhow, up to recent years (during which we see some venturing into other genres beside Timba) each and every album by Paulito was upright ingenious, and full of masterpiece compositions, like the one I present you today.

This composition is from the 2000 album “Una Vez Mas… Por Amor”, and directly continues the line established in previous albums.

Personally, I think that all real Afro-Cuban music excels at providing a strong rhythmic element, regardless of whether it provides as much in the departments of lyrics, composition, melody, harmony and arrangement, which it surely does most of the time.
So, I believe it is quite foolish that some people believe that romantic salsa compositions should be “the Latin version” of the western balada; this opinion has absolutely nothing to do with reality.
Afro-Cuban music, whether romantic or not, should, in my opinion, sound like the song discussed in this post…

So, here it is… Disfruten!

Today I wish to present a wonderful group from Cuba with a romantic yet quite uptempo track with great drive and rhythm!

The song is called “pero que necesidad”, and is from the 1996 album “Senores Bailen Con…” by Los Karachi from Santiago de Cuba.

The band was formed in 1976 by saxophone played Pablo Moya, and started with 6 musicians in total, thus becoming known as “los 6 de Cuba”.
The band started with more traditional Cuban music, but during the “Timba revolution” of the late 1980’s and 1990’s, joined the artistic spring and updated their line up with lots of percussion, back vocals and more horns.

As we can hear in the track below, when playing “musica popular bailable” (such as Son and Timba), the band has a very lively and vivid characteristic unique style of playing.
Since the early 1990’s Los Karachi traveled the world, performing in Germany, Italy, Canada, Panama, Ecuador, Angola, San tome y principe, Mozambique, Nicaragua and other countries.
Currently the band operates in Mexico, and is preparing a whole new album to be released soon.

Recently, a friend of mine tried identifying a song he heard at the Guaguanco Festival, but to no avail.
The recording quality was quite bad, so it took some time and more friends, but eventually the song was identified as the Reve 1986 classic presented here today. 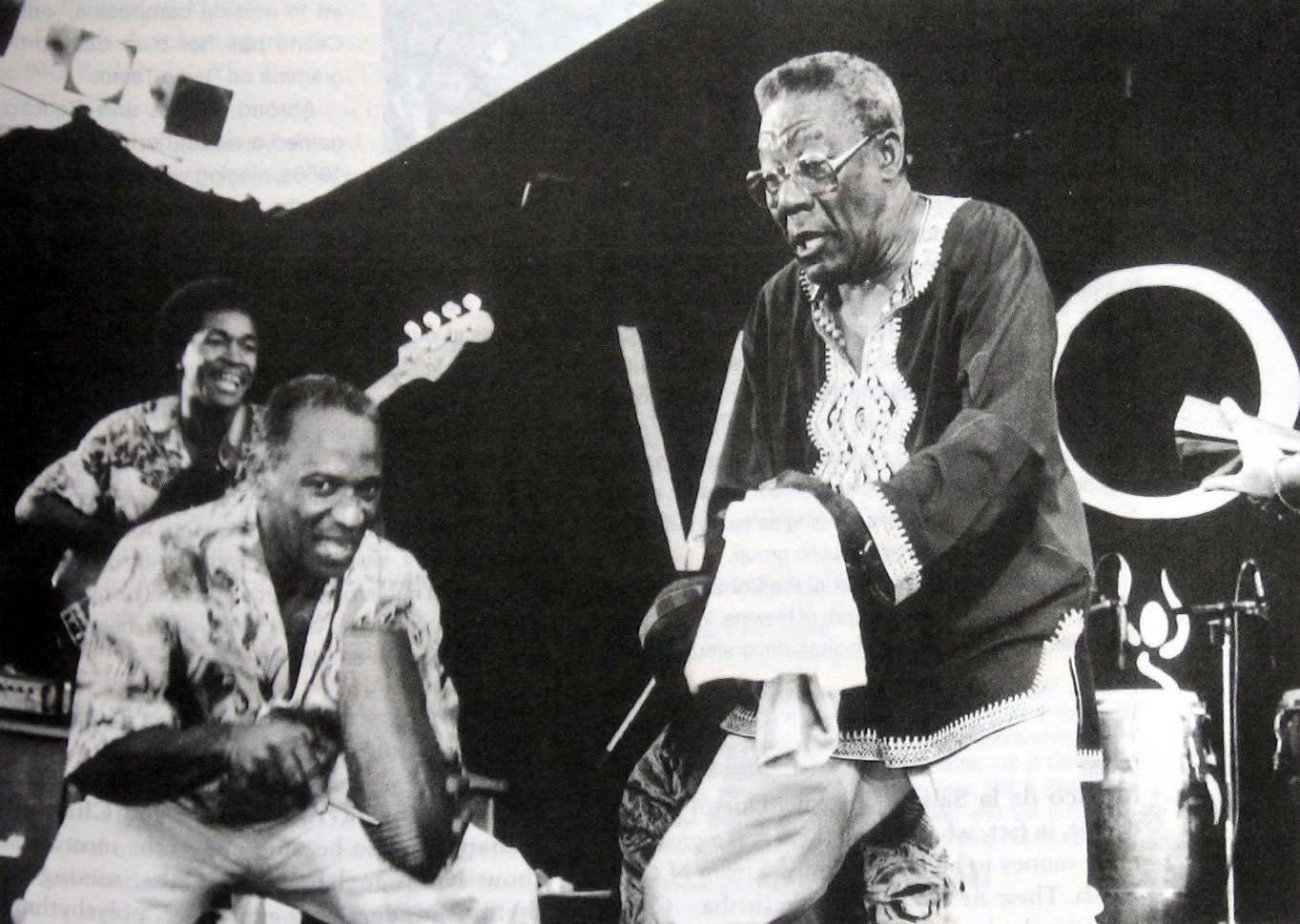 During the 1980’s Orquesta Reve made a huge comeback into the mainstream of Cuban music, with 3 very influential albums, Rumberos Latinoamericanos (1985), La Explosion del Momento (1987) and Que Cuento es Eso (1988), containing many modern classics that will later have much influence on Timba.

The song also came to my mind as 2 good friends of mine got married recently.