Hi there all.
We had labor day this week, so happy holiday to all workers!

The band I present here today is one of the oldest ones still active, and one of the most important to the history of Cuban music.

Maravilla De Florida was founded in a small town named Florida, in the Camaguey province of Cuba, at 1948.
It was a typical charanga band of its time, playing mainly cha cha, bolero, son and charanga music, the genres popular at the time.During the 60’s and early 70’s los Maravillas developed their own sound, which was something typical for major Cuban bands in this era of experimentation; while Van Van had musical inspiration from rock’n’roll, Reve incorporated Changui, and Irakere built up a mix of son montuno and jazz, los Maravillas kept their accent much on the harmonic part, renovating the traditional charanga sound with new ideas and instrumentation 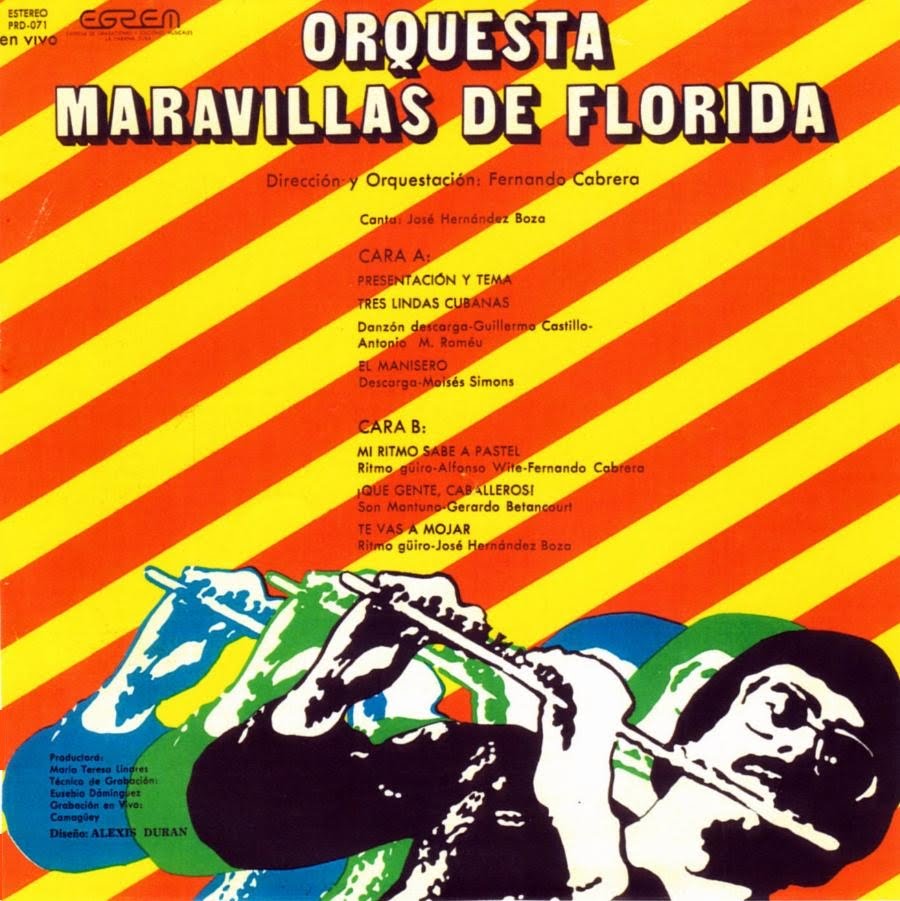 As it just happens to happen many times, a great leap forward occurs when a grand persona enters the ring – in the case of los maravillas, it was the brilliant pianist, composer, arranger and songwriter Manolito Simonet.
When Manolito took leadership, los Maravillas rose higher at the charts then ever before, topping them for many weeks at a time.
Although always leading the way, the decade of 1983-1993 was definitely the band’s most successful.

In 1993 Manolito left to form a band of his own, Manolito y Su Trabuco, taking almost half of the Maravillas with him.
This was a harsh blow for the band, and it took another decade to recover from it.
Several CDs were released during that time, including a 50 year anniversary CD named “50 y mas”, but the band wasn’t noticed much during these years of the Timba revolution.

But it seems that old heroes never go away… in 2005 los Maravillas made a big comeback with the release of “Yo Te Doy La Clave”, also named “Luchando Con Fe”, although the later is a whole different album released 2 years later, in 2007, being recognized as one of the best albums of that year.
Nowadays los Maravillas mainly do concert tours allover the world, releasing singles once in a while.

The song I present you here today, No Puedo Mas, is a new hit the band released a few weeks ago; it both conserves their traditional charanga style, with all the flutes and violins, but has many modern Timba elements as well.
And some ironic trivia – there is a special guest on this track; Ricardo Amaray, who’s the lead singer of Manolito Y Su Trabuco… after 30 years, history came a full circle.