Today I gladly present you a new version of a wonderful classic by a fine Timba band from Toulouse, France, La Mecanica Loca.

Formed in the mid 2000’s by award winning percussionist Julien Garin, the band quickly became France’s #1 Latin band, and one of the most influential in Europe.
Attending major jazz and Latin music festivals since 2008 and winning European Latin music awards since 2010, the band has been collaborating with such experienced and well known artists such as Tirso Duarte and today, Angel Yos.

The song presented today is a cover of a Cuban classic from the 1970’s, Ritmo Oriental’s Yo Bailo de Todo. Orquesta Reve is one of the most long living groups in both Cuban and international music scene, and under the leaderships of Elito, the founder’s son, it keep dominating music charts today just as during it’s major breakthrough in the mid 1980’s, over 30 years ago!

The album, “La Salsa Tiene mi Son”, is a homage album by Elito to his father, the great Elio Reve, who died in a car accident in 1997.
The album features some very prominent guest musicians such as Juan Carlos Alfonso, Isaac Delgado and Paulito FG, just to name a few.

In the album version, the song presented today, a new version of the classic “Rumberos Latinoamericanos”, includes Paulito FG and Los Munequitos de Matanzas.
But what I bring you today is a bit different – a live performance with the amazing dancer Maykel Fonts!

Today I gladly present you a new, coluorful and beautiful animated video clip to one of the songs from Maykel Blanco’s new album, Que No Me Quiten La Fe. 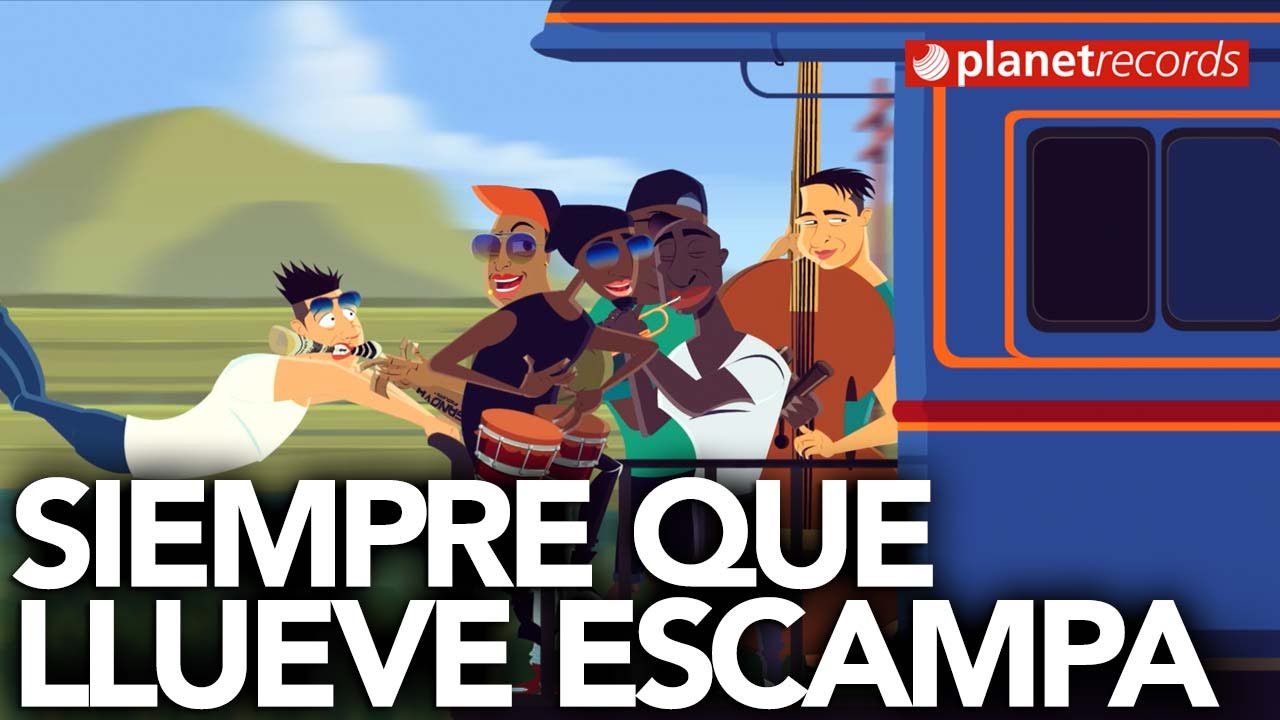 The clip is a wonderful animation of a very nice song, describing the adventures of Maykel and his band throughout Cuba when making their latest albums…

So, here it is!
A pleasure for the eyes, ears, feet and all other parts you use when dancing 🙂

If you have both your hands up now, then you are most probably familiar with the wonderful Rums of Cuba, whether Havana Club, Caney, Cubay, Ron Santiago de Cuba, Guayabita del Pinar, Legendario… whether in a cocktail like Mojito or Cuba Libre or in pure form (which is the best way to drink, IMHO), and know their value!

So, what it Rum, anyways?
Rum (in Spanish, Ron) is a “strong” (~80 proof \ ~40%) alcoholic drink produced in the process of distillation of fermented sugarcane, it’s byproducts such as molasses or the sugarcane juice itself, which is then aged in oak barrels.

Rum is mostly produced in countries that historically are (or have been) major producers of sugar, many of which are in the Caribbean and Latin America, but also more recently in Europe, north America and south-east Asia.
One of the major producers and exporters of Rum is Cuba!

Rum is aged in oak barrels, and comes in various grades, that increase with aging.
Light \ white rum is the “youngest” variant, most often used in cocktails, while dark \ brown \ black rums are mostly drank neat or “on the rocks”, and are usually aged for at least 5 years.
Premium rums, aged for 12, 15, 18 or 20 year (sometimes even more!) are valued by connoisseurs, and are mostly sold at very high prices…

Just like sugar, Rum was, and still is, a major branch of light industry and export in Cuba.
Produced since the XVIII century, it mainly served the north American market until the revolution, but since 1994 has been freely available worldwide, and can now be bought almost anywhere (well, not in the US, at least for the time being, before they finally remove their stupid embargo…) .
The most famous distillery is Havana Club, from Habana, but afficionados of the wonder drink are mostly familiar with other just-as-good-or-even-better brands and local variants produced in Cuba, as you can see in the images throughout the article. After tasting quite a few rums, such as various “bacardi” or “captain morgan” variants, I can say that they are nothing compared to most of Cuba’s rums!
Any Havana Club, Caney, Mulata, Cubay, Legendario, Guyabita, Ron Santiago de Cuba, and most probably many others, take them by taste and quality any time…

So, let’s raise our traguitos of fine Cuban rum, and enjoy it with a the new composition of El Nino y La Verdad about Rum, called (quite originally 😉 ) Cuba Ron.
Saludos, disfruten!