Today I wish to share a very nice new clip of Maravilla De Florida, performing a cool Cha Cha song live in the studios of radio progreso in Habana.

If you don’t know this wonderful (and quite important, regarding the history of salsa…) band, do read the designated post about them.

As I stated before, nowadays Europe is the 2nd center of Cuban population after Cuba itself; Italy, Spain, France, Germany, Belgium, Switzerland, Sweden, Norway, Denmark and also Poland, Ukraine, Russia…
Since ~2004 many Cubans have been immigrating to Europe (instead of immigrating to Miami, Florida, as was the custom before…), including musicians and dancers.

This is the 2nd Timba band coming from Belgium that I know of (the 1st one is Contrabando); and they sure are doing a good job!
The band was put together in 2010 by singer Tomas Sotolongo Fuentes, merging the Afro Cuban side of Cuban culture with a new European side.
The band mainly focused of Son based music, but also played other traditional genres (like Son Montuno, Cha Cha, Mambo) as well. 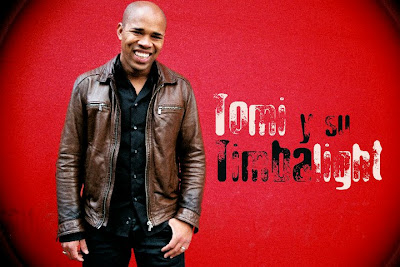 Soon, though, the band expanded its repertoire to jazz and mainly Timba, stationing itself firmly into the emerging Timba scene in Europe.

Another nice thing about the band is that most of the musicians are Cuban, thus you can often see lots of great dancing when the band performs on stage or in clubs.

From the few songs I heard from this band, “Mi Timba” is the one I liked most, so here it is…

The following band is a very nice group of musicians operating in Belgium, and has both Cuban and European members.

If you wish to know more about the band, please visit my previous post, where I reviewed the band:

Anyway, when I first heard this song after getting the bands’ album, my heart skipped a bit;
It was kind of love in first sight 🙂

IMO, this song has everything a good Timba song needs; a strong connection to the Afro Cuban roots, great playing, melodic singing in clave, lots of improvisation and great flow!

Haven’t been able to stop listening to this song since I’ve heard it, but I think I’m making some progress 😉

So, here it is, in the regular, studio version

And in the even more creative and exciting live performance version!

I’m glad to present you the first post for 2014!
And it’s an interesting one indeed; today I would like to present a unique band called Hanine y su Son Cubano.

As we all know, Latin music, especially what is referred to as “salsa”, has been spreading globally for more that 2 decades, and even more so as internet becomes more and more available to people world wide.

So, it appears that the phenomenon has reached the middle east as well.

The story starts in Habana, in 1997.
While sitting at the Cafe Cantante, Michel Elefteriades, the owner of a big Lebanese record company named Elefteriades, was humming a famous Egyptian song, “ya habibi ta’ala”.
He suddenly heard that the singer on stage was singing the Spanish version of the same song!
That made him think – will a fusion of Cuban and Arabic music, 2 such distant worlds, be possible?

It took Michel 2 years organizing the band, and another year for rehearsals;
First, Michel spent some time in Habana, choosing from a wide array of Cuban musicians for the band.
Later, he organized a auditions in Lebanon, unsuccessfully screening over 100 girls.
Until one day, a friend introduced him to Hanine, a lawyer gone conservatory student, who had the voice Michel envisioned in his mind for that specific role. The first album, Arabo Cubano, was released in 2001, quickly becoming a big success in Lebanon and the whole middle east; it remained the top selling album in Lebanon for the whole year.
The 2nd album, “10908km”, which is the distance between Habana and Beirut, was the beginning of Hanines’ international career, and quite successful as well.

The unique style of the band consists of re writing Lebanese and Egyptian classics in Clave, adding elements of Arabic music to Cuban rhythms.
In both albums one can find songs in many genres of Cuban music; Son, Bolero, Cha Cha, Songo and more!
All flavored with enchanting Arabic singing and percussion, creating a blend which I like calling “Cuban Arabian nights” 🙂

The following song (with a nice clip filmed in Habana) is a very good example of the unique fusion style of the band, and one of my personal favorites.