Today I present you a group of talented young Cuban musicians, who have been producing and participating in several interesting project in the recent 5 years.

Maikel Dinza Hechavarria is the name of a 30 year old vocalist from Santiago de Cuba, a descendant to a family of musicians. He received his initial education at the Jose Maria Heredia musical school, continuing to the ENA (national school of arts) middle school in La Habana, where he sang in the school’s choir, participating in 2 international festivals as a choir singer.
After that Maikel went on to study at the Esteban Salas conservatory, where he took part at the school’s orchestra, Camerate Esteban Salas and also organized, in his senior year, his own project called “salsa chula”, acting as a singer, composer and musical director & arranger.
After graduation Maikel went on to perform his national service in the Granma province, at the province’s school of art, Manuel Munoz Cedeno, where he served as a singer, bassist and cello player.

After completing national service, Maikel made his first steps in the field of popular contemporary Cuban music singing for the group Suave Tumbao from Bayamo, where he acted as lead singer, composer and musical for 2 years.
Leaving Suave Tumbao, Maikel took part in several project, including singing with Yuli & Habana C, Mayito Rivera, Maykel Blanco y Su Salsa Mayor, Timberos all stars and Manolito y Su Trabuco.
The most recent project, from which the song presented today comes, is called Maikel Dinza y los Soneros de la Juventud, who have up to now produced 2 albums, Al Compas del Bailador, and Regalando Corazones, which contains a variety of compositions, from Bolero and Son to romantic numbers to hard hitting Timbas!
A donde vas is a smooth and romantic, yet rhythmic and energetic composition, and is the song of choice for today.

As you definitely know, the blog was on vacation for 2 weeks, while I was traveling beautiful Poland, including finally meeting Josue Joseph of La Epoca in person, seeing my good friends from Al Centro Cuban dance school in Minsk, and of course, attending the amazing 12th el Sol Salsa festival in Warsaw, with thousands of wonderful dancers, great workshops, and 2 live concerts by Orquesta Reve and Yoruba Andabo (who also taught some very interesting workshops about Rumba and Afro Cuban Folklore).

As I already mentioned, I had a great time, and the parties were great, lasting ’till 6 AM most days, with lots of great music and dancing.

One song which caught my eye… or rather, ear, and that I haven’t heard being played on any dance floor for years now is the song I present you today here at the blog, from the 2005 album El Buenagente, by Pupy y Los Que Son Son. 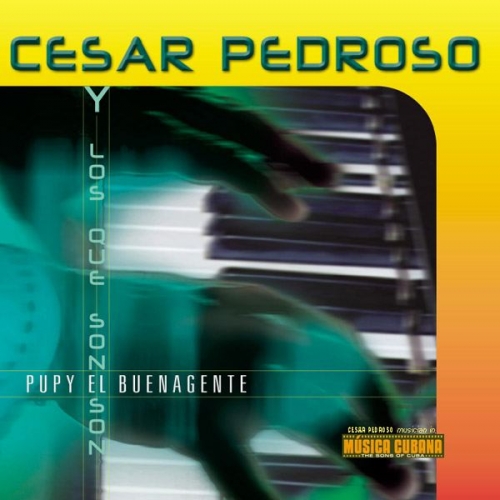 Although some songs from this album are more well known, for example gato por liebre, la figura soy yo, or the band’s cover of disco azucar, I see no reason for Dicen Que Dicen to be missing from the dance floors;
It’s a wonderful song coming on the slower, or even romantic, side of things, making it perfect for the 1st and 3rd thirds of the evening.
It is also very well balanced from the standpoint of rhythm \ melody, has great energy & groove, solos parts, nice harmonic interaction with the clave, and some subtle Afro Cuban cultural references, with all of this topped by Pepito Gomez’s great singing!

So for me, the song is a winner by all counts, and one of the most memorable songs from the festival.
Disfruten!

The following 2 weeks I will be traveling to Poland, including the wonderful 12th el Sol Salsa festival, with concerts by Elito Reve and Yoruba Andabo!

Although unofficial, I (and some other people as well) like to consider the following song as a sort of “teaser” Elito made for his current European tour 😉

Anyways, I will be doing a lot of hiking, sightseeing, studying and dancing, so I will not be posting during that time…

So, for the time being, you can visit any of the previous posts made on the blog, or just listen to your favorite Cuban album a few more times…