I’m going on vacation until April 3rd, so the blog will not be updated during that time (which is only one Thursday, BTW 🙂 ) .

I’m going to the Ukraine for the most part, and will surely visit the local salsa scene, at least at Kiev, the country’s capital.

The pinnacle of my vacation is going to be the Remeneate salsa festival, taking place on March 29th ’till April 1st, featuring 20 Cuban teachers, 5 DJs and the magnificent Elito Reve y Su Charangon!!!
Finally going to see them, after I missed their concert at Cuba at 2011.

So, I will leave you with something nice – Europe’s top 10 salsa hit chart, by the one and only, DJ el Samurai de Cuba .

Today I present you a review of a Cuban-Swiss Salsa & Timba band, who has been flying under the radar of most salsa fans fro over 25 years now!

The band was founded in Basel, Switzerland, in 1985, and almost immediately started touring Europe.
News of the band’s success quickly reached Latin America, and in 1987 the band was invited to participate at the “festival del son” in Cuba, and appear at Habana’s hot tropicana club.
They also appeared on Cuban TV; the audience, both musicians and common folks were amazed to see a non Cuban band play Cuban music so well, and their concerts received much attention and support on the island.
The crowds liked the band so much that a year later Picason (the name, BTW, is composed of the words “picante” – spicy \ hot and “son”, the original genre they played) was invited to tour Cuba once more, spending most of its time at the Oriente province at the east of the island.
Their 1st almum, “Picason”, came out the same year. 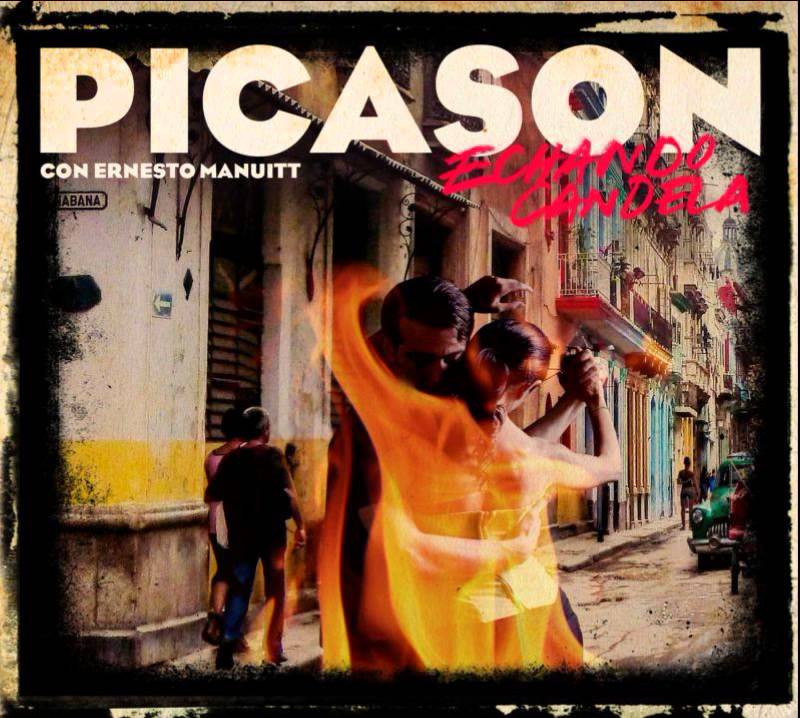 After their initial success, the band turned to a jazzier approach, under the leadership of jazz pianist Christoph Bauman.
During the early 1990’s the band was joined on their European tours by such stars as trump player Arturo Sandoval, Juan Mungauia of Irakere and Jose Luis Cortes & Calixto Oviedo of NG La Banda.
Their 2nd CD, “Son De Los Alpes”, also came out during that time (1990).
During the mid 1990’s, while touring Latin America again, the band met talented Cuban flute player, composer and later, band leader, Orlando Valle “Maraca”, who was so impressed by the European band, that he offered them a collaboration.
But even before that, yet another Cuban talent, saxophone player and composer Tony Martinez, joined the band, writing all the songs fro their next album, “Un Estilo Diferente”, which was released in 1995.
Later, after some successful concerts with Maraca, and a joint show with Ray Barretto from Puerto Rico, the band received yet another boost in the form of ex Klimax lead singer, Ernesto Manuitt, which lead to their entry to the realm of Timba, something which only a few non Cuban bands have done to date.
With their new, modern, Cuban voice, the band released 2 great Timba albums named “Timba” (2001) and “Que Felicidad” (2005), and will be releasing their new, 6th album, “Echando Candela” later this year (2013).

So, here is the wonderful song… ¡Disfruten!

The group I’m going to tell you about today is a joint venture of an American pianist-entrepreneur.
Bill Wolfer was a successful pianist from palm springs, California, who toured and played with the Jackson 5 and Later Michael Jackson.
But after visiting Habana one day at the end on the millennium, all of this was about to change.

At his first attempt in Latin music, the group, named “Mamborama” produced an interesting album which had more of an old style Cuban or maybe early north American, Salsa sound, dealing much with instrumental Mambo, but also producing some interesting salsa tunes.
This 1st album, “night of the living mambo”, was recorded at los angeles, California, and featured some US born Cuban musicians.
It became popular among many DJs in the USA and Europe, and made the group popular among the dancer crowds.

After their 1st album, Bill wanted to get down to Timba, the real thing, that illusive magic that Cuban musicians make, and have so many addicted to.
But he knew that you can’t achieve Timba greatness at the studio, but only after many relaxed rehearsals and some street trials.
So, from 2000 and onwards, Bill made a few trips to Habana, going to venues and concerts, meeting talented musicians, studying the mood and atmosphere…
Instead of mixing and matching individual musicians, Bill wisely decided to take the project to already working groups; if it ain’t broken, why try and fix it?
So, on the one hand, he arranged the project in Habana with the rhythm section and singers (back and one lead vocal) of Manolito y Su trabuco.
The other half of the album he recorded back at the states with some former Cuban musicians (many of which played with top Cuban bands like NG la Banda and Paulito FG before moving to the US) .
Although most of the piano playing on their 2nd disc is by Wolfer himself, 2 piano giants, Cesar Pedroso and Manolito Simonet, also drop by for some great piano playing in various tracks of the CD.
All in all, the 2003 CD “Entre La Habana y El Yuma”, became a great success and a best seller CD.