Recently, I have re-watched the lovely “dance film” named Salsa y Amor, known by most simply as “Salsa (2000)” (distinguishing it from an 1988 movie of the same name).

The film is not simply a nice love story full of Cuban sabor and dancing, but it also features the wonderful music of Sierra Maestra. 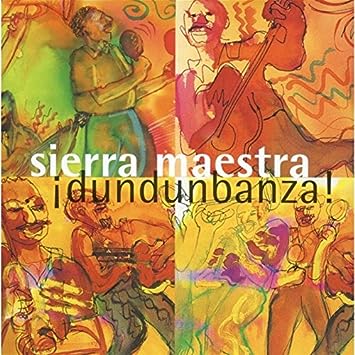 Sierra Maestra is Cuban son band from La Habana, Cuba, and was formed in 1976 by none other than Juan de Marcoz Gonzales, who will later be the founder of the Buena Vista Social club.
But more than 20 years before the world fell in love with Cuban music through the gentlemen of Buena Vista, Sierra Maestra was gaining great popularity and respect reviving Son Cubano.

The group’s breakthrough happened in 1980, when they received a “silver record” and “best record of the year”, with the album “Sierra Maestra llegó con el Guanajo Relleno”, and got signed up by EGREM.
The national record company did quite well in spreading the group’s music world wide, and during the 1980’s and 1990’s Sierra Maestra toured the world, performing in Angola, Belgium, Bulgaria, Congo, Denmark, Finland, Japan, israel, Spain, Canada, Mexico, Puertorico, Singapore, Turkey, USA, Yugoslavia and many other countries.
The culmination of international fame came in 2000, with the release of the French-Spanish film “Salsa”, which features the band (as themselves) in an important role in the plot.
Over the years the group released several albums and nowadays keeps touring the world’s leading Jazz, Latin and world music festivals.
Look out! They might soon arrive to a city near you!

And now, for the most well known song of the move “Salsa”; Disfruten!